Home News Madhavan replies, whether he is acting in Ratan TATA biopic?
News

Madhavan replies, whether he is acting in Ratan TATA biopic? 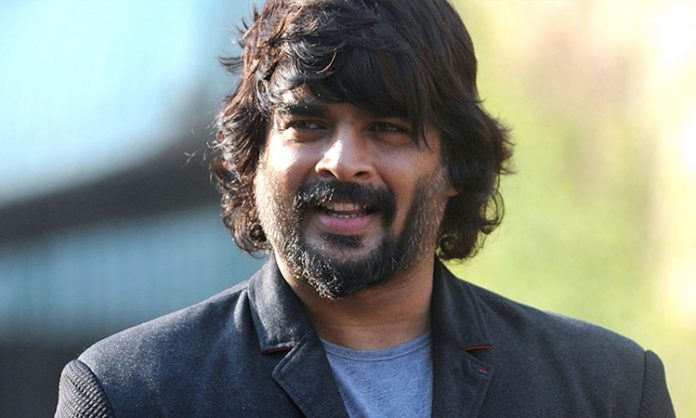 Actor Madhavan who made his debut in Tamil films through Mani Ratnam’s ‘Alaipayuthey’ in 2000, has shown his remarkable performance in many Tamil movies like ‘Kannathil Muthamittal’, ‘Run’, ‘Anbe Sivam’ and ‘Aayutha Ezhuthu’.

His comeback in 2016, as a retired Boxer in Sudha Kongara’s ‘Irudhi Suttru’, won him the Film fare Award for Best actor – Tamil.

Madhavan is also a writer, producer and also a director. His debut directorial, ‘Rocketry: The Nambi Effect’ is a biopic, releasing next year. It is about the former Scientist; Nambi Narayan of Indian Space Research Organization and Madhavan is coproducing the movie and playing the lead role.

Following this, a rumor started spreading that Madhavan is playing the role of Ratan TATA, one of the greatest industrialists of India. With a poster displaying Madhavan in the backdrops as ‘RATAN TATA’, a fan of Madhavan had asked whether he is going to play the biopic of the Industrialist.

And Madhavan replied the fan that it is not true and the poster is the creation of some fan with some expectations. Also he had denied totally of any such plan. Thanking Madhavan for the reply, the fan has stated that it disappoints her, but she believes it will happen once.

We also expect it should happen with the qualified actor like Madhavan.