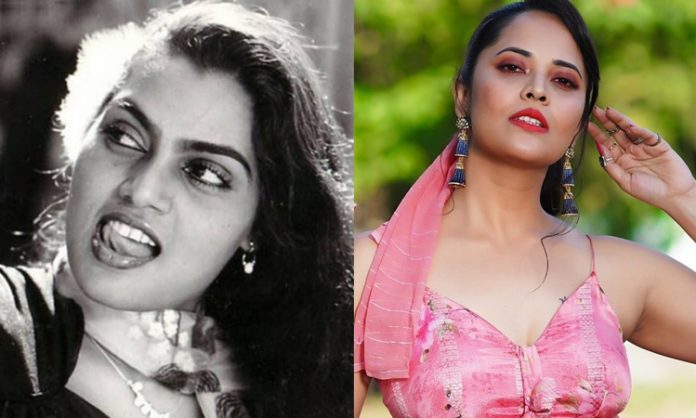 Late actress Silk Smitha was the glamour symbol of the South Indian Cinema in the 80s and till mid 90s. And she had ended her life in 1996 by committing suicide and her death was also a mystery like her personal life.

She became popular in 1979 with her glamorous appearance in the Tamil film ‘Vandichakkaram and had acted in over 400 films in all the four South Indian languages and also in Hindi.

Her biopic in Hindi, ‘Dirty Picture’, released in 2011, to critical acclaims and was a blockbuster.

And almost two decades and a half after her death, the biopic in Tamil, where she was more popular, was announced in October.  Actor, producer Chithra Lakshmanan is bank rolling the project and KS Manikandan is directing it. The movie is said to go on floors soon.

About the cast and crew of the biopic, nothing is announced yet and amidst this, there was news that the upcoming actress of Telugu field, Anasuya is doing the role of Smitha in the movie. Regarding the news, the actress completely denied and said she is not doing the role of Silk Smitha in any biopic of her.

Recently, Anasuya had published some of her photos resembling the late actress and those were the reason for the misperception, it seems.