‘Maamanithan’ of Vijay Sethupathi is hitting the screens soon! 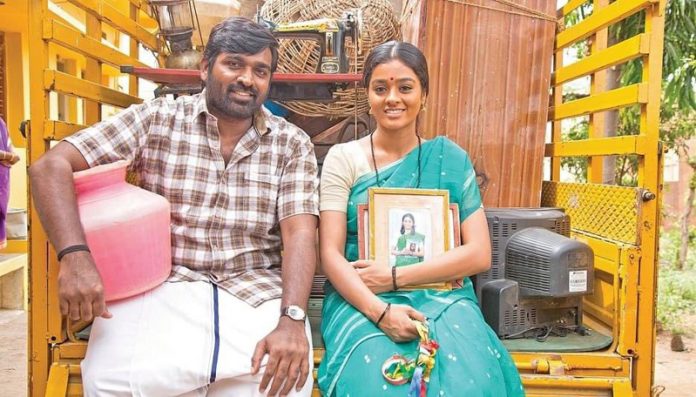 ‘Maamanithan’, is the Tamil movie, written and directed by Seenu Ramasamy, starring Vijay Sethupathi. The filming of the movie had started long back in December 2018 and was completed by February 2019. And the release of the movie got delayed due to some distribution rights issue and the pandemic broke out before the issue was resolved.

Gayathrie, who starred with Sethupathi, in his earlier hit movie, ‘Naduvula Konjam Pakkatha Kaanom’, paired him again in this movie. Guru Somasundaram, KPAC Lalitha, Shaji Chen and Jewel Mary have played key roles and Baby Anika who appeared in movies like ‘Naanum Rowdydhaan’ and ‘Viswasam’, has played an important role in the movie.

The rural drama is produced by Yuvan Shankar Raja along with K Productions. It seems that the issues on the release of the movie are all resolved now and the film is expected to hit the screens soon.