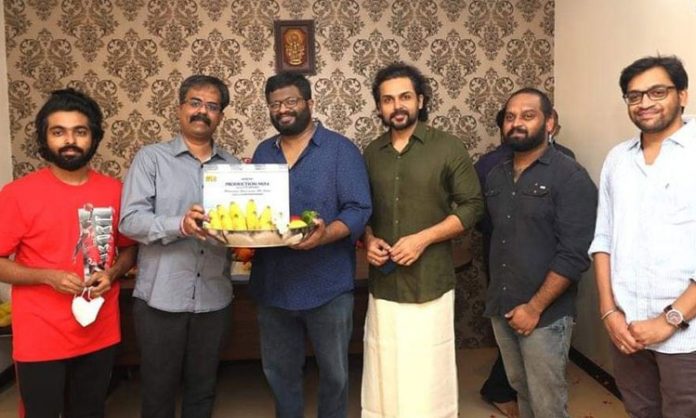 Director PS Mithran, after his movies, ‘Irumbu Thirai’ and ‘Hero’, was busy in writing the story for the new movie with Karthi and the preparations for the movie was going on, since long.

Actor Karthi is also getting ready for the shoot of Mani Rathnam’s ‘Ponniyin Selvan’, which is expected to resume this month, after a gap. Also Karthi’s ‘Sultan’ is ready for release on the coming Pongal holidays. Amidst this, on 14th November, along with the festival of Deepawali, the works of the new movie of Karthi with Mithran, commenced with the auspicious Pooja and song recording.

The new movie is produced by the ‘Prince Pictures’ in a big budget. Cinematographer George C Williams and Editor Ruben, those who had worked with Mithran in his previous movies, are in the crew. Composer GV Prakash is already on job and is said to have completed two songs for the new movie.