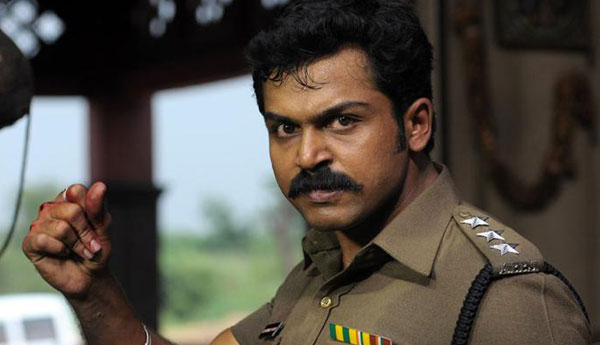 Vinoth the director of Sathuranga Vettai is to direct actor Karthi for his next film. Recently Karthi is a very successful hero with a hat trick success of Madras, Komban and Thozha. Currently he is shooting Kashmora with Nayanthara and Sri Divya in the lead roles, also Kashmora is produced at a high cost of 60 crores. The shoot of the movie is almost over and movie is planned to be released for Deepavali.

In Vinoth movie Karthi is portraying a Police officer, previously he played a role of Police officer for the movie Siruthai. The cast and title of the movie will be officially announced soon. Also Karthi is playing the lead for Mani Rathnam’s upcoming movie titled as ‘Kaatru Veliyidai’, which started rolling from last week.