Kamal Haasan gives his title for Jyothika’s next 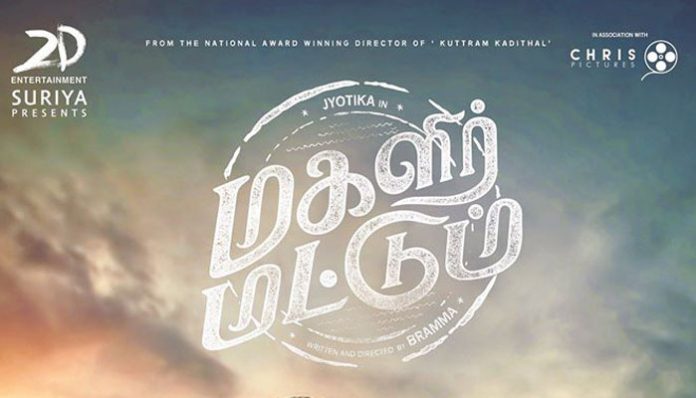 Jyothika, one of the leading actresses of the industry took a long break after her marriage with actor Surya. Then she came with a bank in a woman oriented movie ‘36 Vayathinilae’, which is a remake of the Malayalam movie ‘How old are you?’. Seeing the response she got for the film, Jyothika has decided to again appear in the silver screen.

This upcoming movie of Jyothika produced by Suriya’s 2D Entertainers is title as ‘Magalir Mattum’. This title was owned by Kamal Haasan for the blockbuster hit of 90’s casting Revathi, Urvashi and Nasser. Ulaga Nayagan has given this title for the upcoming movie of Jyothika, for which her husband and producer of the flick Surya has thanked Kamal in his recent statement.

The title itself says that this is a women centric film, in which Jyothika comes as a documentary film maker. Surya has revealed the first look of this Magalir Mattum in twitter, which evidence Jyothika’s character in the film. Kutram Kadithal fame Bramma is directing the movie and Ghibran will be working on the music tracks. The movie also casts veteran actresses Bhanupriya, Saranya Ponvannan and Urvashi.