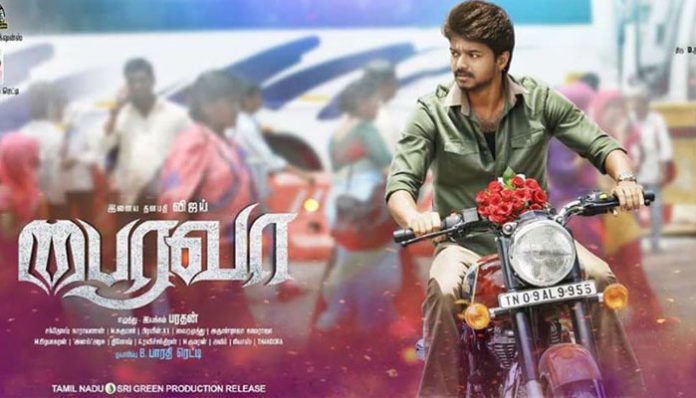 Ilayathalapathy Vijay’s upcoming release Bairavaa is out for marketing in Tamil Nadu. The Shri Green Productions has grabbed the distribution rights of the film in Tamil Nadu. Its said that this movie will have a record breaking sale compared to Theri, as many are rushing to own the publishing rights of the movie.

The movie has made 37 lacks in South Arcot, 35 lacks in North Arcot also in Tirunelveli and Kanyakumari the movie has made 35 lacks. In all these districts the movie has exceeded the sale of Theri which was considered as the maximum earned movie. This evident that the movie will surely make at least 50 crores when sold in other districts mainly Chennai, Chengalpattu, Madurai, Coimbatore and Trichy.