‘Kalaimamani’ to Sivakarthikeyan, dedicated to his mother! 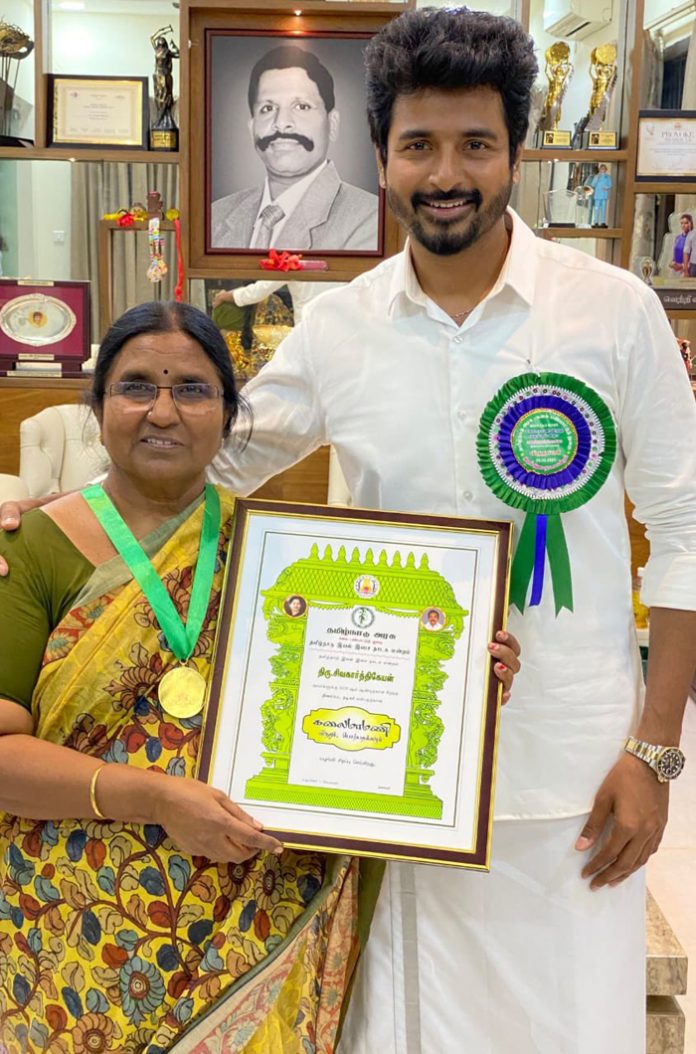 Actor Sivakarthikeyan is conferred with the Tamil Nadu State’s ‘Kalaimamani’ Award and he dedicated it to his mother, who raised him and his sister, under difficulties after his father’s demise.

Every year, The Tamil Nadu Government, used to honor those who excel in the field of arts and literature, with the ‘Kalaimamani’ Award, through the ‘Tamil Nadu Iyal Isai Nataka Mandram’. The recipients of the award for the years 2019 and 2020 were announced on 19th February and the function was held on 20th evening. The awards are given to those who contributed considerably to the fields like, literature, music, dance, drama, cinema, folk arts etc.

The awardees list for the year, includes the senior actresses like Sowkar Janaki, Saroja Devi, Directors Gautham Menon, Manoj Kumar, Producer S Thanu, and Music Director D Imman. Along with these, the young actor Sivakarthikeyan also received the honor and has thanked the Tamil Nadu Government and the Tamil people for the Award.

Usually, Sivakarthikeyan remembers his father, during functions like this and talks about him proudly. Also he regards his mother, who struggled much to bring him up. This time, he dedicated the ‘Kalaimamani’ Award to his mother and posted his photo, taking his mother’s blessing by lying on her feet, in his twitter page.