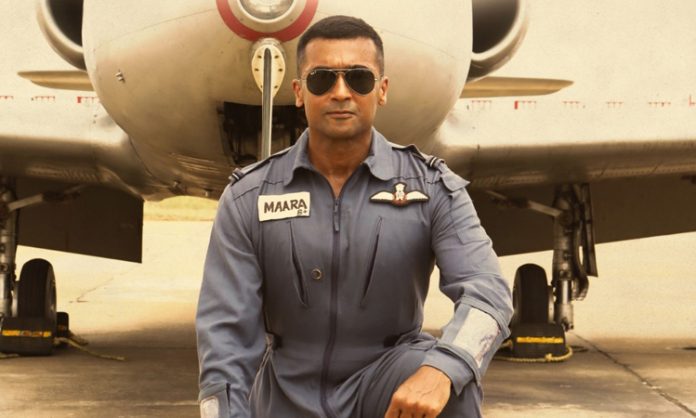 The last Republic day, 26 January 2021, was of more joy to the team of ‘Soorarai Pottru’, as the movie joined the Oscar race, on that day.

‘Soorarai  Pottru’, starring Suriya with Aparna Balamurali, written and directed by Sudha Kongara, was released in Amazon Prime Video during last Deepawali and was a super hit and received well by the critics as well as the audience. The film received praises for all its aspects like, the tremendous acting of Suriya, the fine direction of Sudha Kongara, the beautiful cinematography of Niketh Bommireddy and the mind blowing music of GV Prakash Kumar.

The movie also created record that it was the most viewed Tamil film of last year, released in the OTT platform. To add more credit to the team, the movie joined the Oscar race and is made available in the Academy Screening Room. The film is contesting in 4 categories, for Bes Actor, Best Actress, Best Director and the Best Original Score.

The happy news was revealed by the co producer of the movie, Rajasekar Pandian, in his twitter page, on 26th and the same was confirmed by the CEO of the 2D Entertainment. Composer GV Prakash Kumar also has expressed his excitement, in the social media.