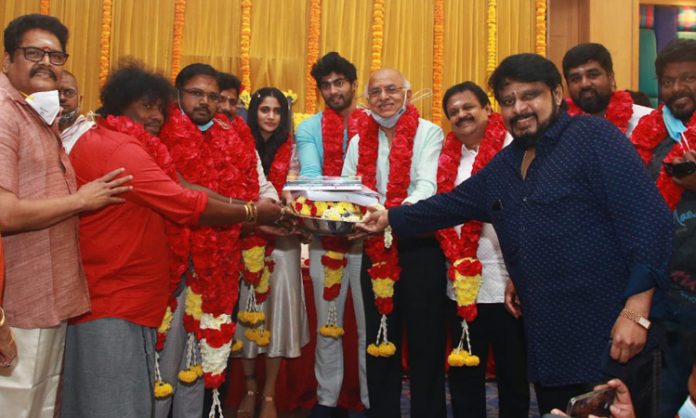 KS Ravikumar is producing and acting in the Tamil remake of the popular Malayalam movie ‘Android Kunjappan’, released in 2019.

Amidst the tough competition, director KS Ravikumar successfully obtained the Tamil remake rights of the movie. He is producing the remake and playing the prime role of the movie played by Suraj, which won the Kerala State Award for the Best Actor. Sabari and Saravanan, who were the assistants of KS Ravikumar for last ten years, are directing the movie.

The movie is titled, ‘Google Kuttappan’ and the project started on 28th January with the Pooja at Chennai. Many popular personalities like producer RB Choudary, director Vikraman and actor/director R Parthiban, participated in the ceremony and wished the team.

Tharshan is reprising the role of Soubin and Losliya is playing the female lead. Yogi Babu and Manobala are playing key roles. RV is handling the camera, music by Gibran and Madhan Karky is penning the lyrics for the movie.

The shoots are starting by this month at Tenkasi, followed by Pollachi, Chennai and few scenes are planned to be shot at abroad.