Kajal pairs up with Ajith in ‘Thala 57’ 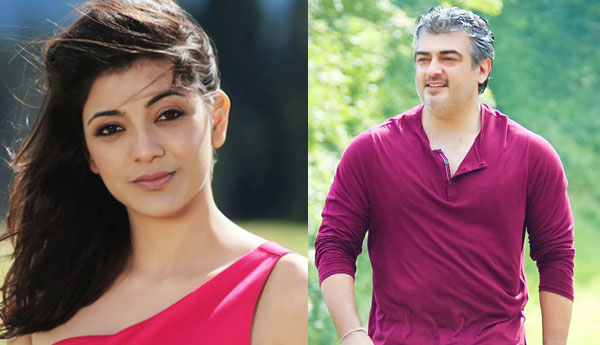 Thala 57 is the most anticipated movie of Ajith which is directed by Siruthai Shiva, who has directed Ajith’s previous hit movies ‘Veeram’ and ‘Vedalam’. The prestigious Sathya Jyothi film is producing the film. Recently the movie was launched with a Pooja.

It seems there will be two female lead roles in this movie. Actress Anushka has confirmed to play one of the roles and discussions where going on for the other roles. Now there is some information that Kajal Agarwal will be playing this role.

Though the actress is one of the top heroines and has paired with all leading actors Vijay, Suriya, Karthi, Dhanush and Vishal, this will be the first time she is going to pair with Thala Ajith. Ajith is portraying a FBI agent for this film. Most of the movie is planned to shoot in European countries and the filming will start by the end of this month. The official confirmation about the female leads is expected to be announced soon.