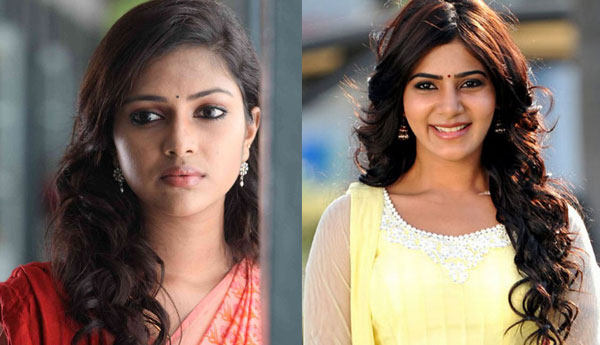 Vada Chennai is the upcoming movie of Dhanush written and directed by Vetrimaaran the National Award winning director. Andrea has signed to play an important role. And it was said that Samantha will pair with Dhanush for this film. But recent news says Amala Paul will be doing the lead role.

She has already paired with Dhanush in the block buster hit ‘Velayilla Pattathari’. Also Dhanush has produced her recent movie’ Amma Kanaku’. Thus the rejoin of this hit pair has increased expectation about this movie.

For the past eight months Samantha was busy with her projects 24 with Suriya, Brahmotsavam with Mahesh Babu and AAA with Nithiin which exhausted her and the actress really needs a break. Also some sources say that she avoids sign new project as she will soon be marrying her love Naga Chaithanya.