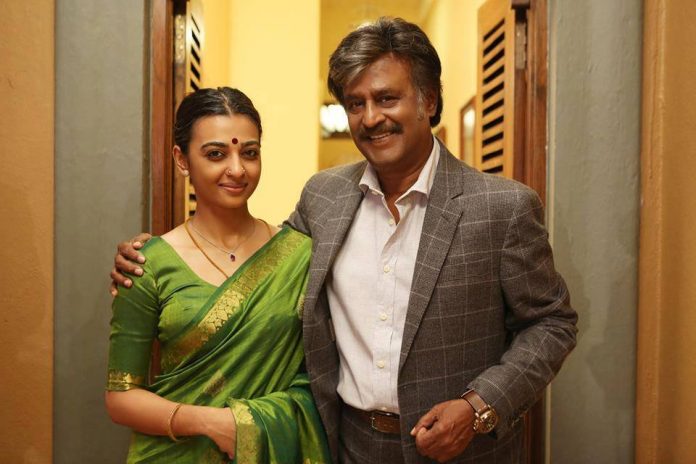 Kabali movie of Rajinikanth which has created more expectations among Super Stars fans. This movie is directed by Pa Ranjith and produced by Kalaipuli S Thanu under his production banner V creations. Santhosh Narayan is scoring music for this movie.

The Kabali team officially announced that, the audio of the movie will be launched on 12th June. But the sound track ‘Ulagam Oruvanukku’ and a dialogue of Rajinikanth from the movie was released unofficially online on 10th.

So the Kabali team decided to release the audio on 11th, and by evening the audio was released by  team and Rajinikanth’s daughter Soundarya R Ashwin receiving it from them. Thus the Super Star’s movie gets a simple audio launch.

As the teaser released has created record on youtube, hope the audio tracks will also get a good reach. Let’s see how the combination of Rajinikanth and the new generation composer Santhosh Narayan works.