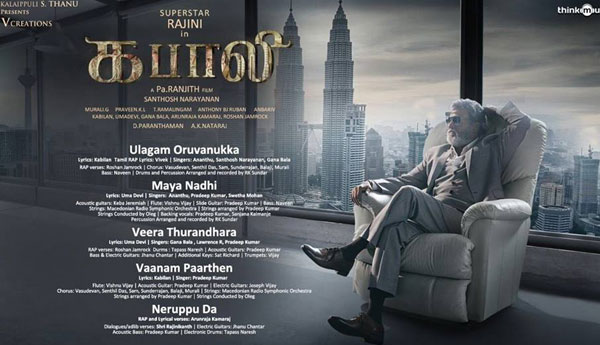 The audio track list of the movie was released by 8th June, where SPB is missing in the singers list. This has broken the chain that, form 1993 for about 24 years singer SPB will surely have a song in Super Stars film. Also it is said that the five songs in the album represents the Panjabootham, as in the Rahman’s music album Rythm.

Santhosh Narayanan has composed music for the movie, Pa Ranjith direction and Kalaipuli S Thanu’s production. As we know the teaser of the movie released on youtube has created record crossing 20 million views, hope the audio of the movie also will become a great hit.