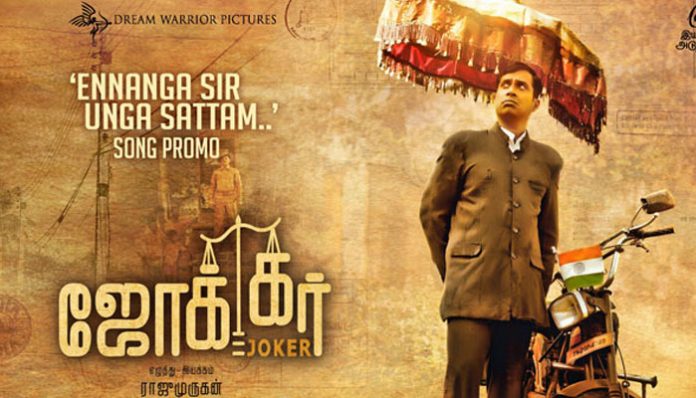 Joker Movie – Joker is an upcoming movie which is a political satire. The trailer and songs of the movie was released on April, and was widely appreciated by the audience and the industry people. Seeing the trailer it seems that the movie is based on a unique subject, and most scenes in the trailer reflect the current situation of the society.

The movie is directed by the Cuckoo fame director Raju Murugan. Guru Somasundaram has played the lead role. The actor has delivered a commendable performance in Aaranya Kaandam, Pandiya Naadu  and Jigarthanda. Ramya Pandiyan, Gayathri Krishnan, Ramasamy, Bava Chelladurai and Bala Murugan have played important roles in the movie. Chezhiyan has handled cinematography of the movie. And the young music director Sean Roldan has composed the music tracks. The movie is all set for release and is expected to hit the screens soon.