Dhansika showered with appreciations for Kabali 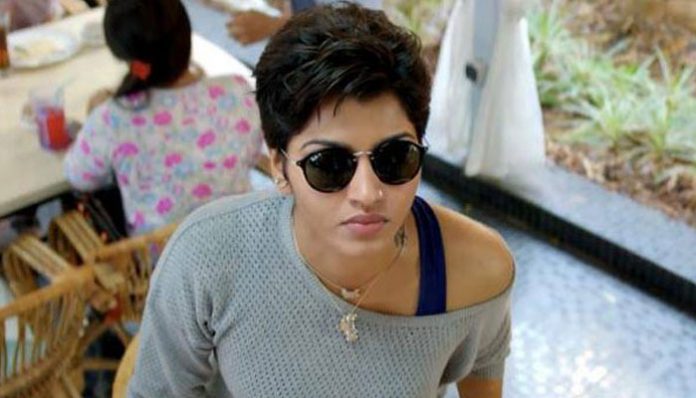 Actress Dhansika made her debut in Peranmai is well known for her acting skills, also she has won the Filmfare for best supporting actress in Paradesi. Recently she has played a powerful role of Rajinikanth’s daughter in Kabali.

In which she has given a mind blowing performance as a gangster yogi who is assigned to kill Kabali, but later finds he is her father and then helps him. Certain scenes bring the roof down. Also she looks stunning in the movie with short hair. After Rajinikanth she is the one who gets maximum appreciation for the movie.

Seeing all the appreciations the actress has tweeted that, she couldn’t sleep seeing all tweets and appreciations for her performance in Kabali. She conveyed her heart felt thanks for all appreciations. Also she mentioned that all credits goes to the director Pa Ranjith.