Mani Ratnam’s Agni Natchathiram is made in Hindi 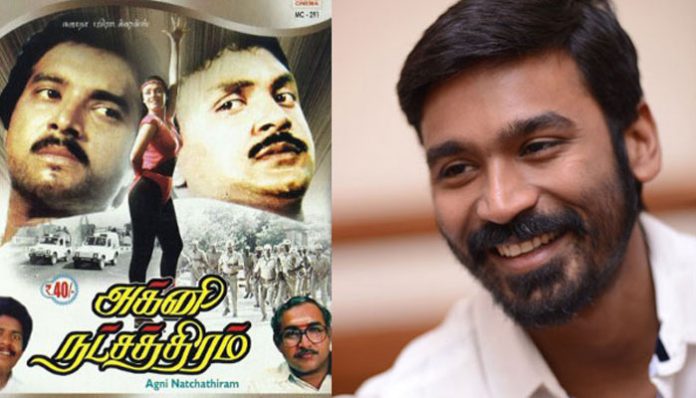 Agni Natchathiram, one of the hit movies of Mani Ratnam is to be made in Hindi and Dhanush has been roped to cast in the movie. Agni Natchathiram was a block buster hit in Tamil which has successfully crossed its 200 days in box office. It was a story based on the rival between the sons of polygamy relationship. This movie starred Prabu, Karthik, Amala, Nirosha, Vijayakumar and many.

This movie is now made in Hindi after 28 years which is to be directed by the bollywood director Bejoy Nambiar, who directed Abitabh Bachchan for Wazir. He has got official rights from Madras Talkies and completed the script adopting today’s trend. Its said that Dhanush will be doing the role of Karthik and Harshavardhan Rane will portray Prabu’s role. As this news being true it will be the third Bollywood movie for Dhanush.

It’s worth adding that Mani Ratnam’s recent hit Ok Kanmani is also made it Hindi as Ok Jaanu, starring Shaad Ali and Adithya Rai Kapoor. The filming began in March and the release of the movie is scheduled on December.