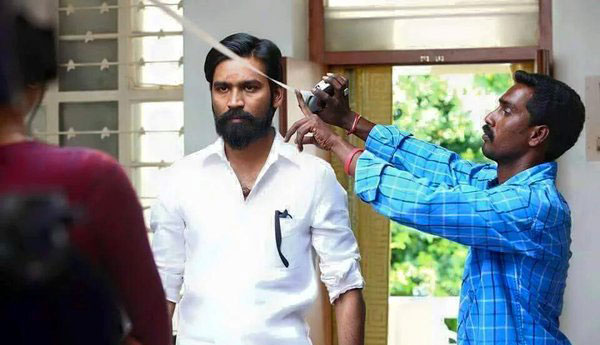 Kodi is an upcoming movie of Dhanush, Trisha is doing the female lead. In Kodi Dhanush is to do dual roles of twin brothers. One of which is a politician and the other is a professor. Anupama Parameshwaran and DMJ Rajasimhan have done important roles. R S Durai SenthilKumar has written and directed the movie and Dhanush’s production banner Wunderbar Film is producing the movie. Santhosh Narayanan has scored the music.

Kodi is featured as a Political thriller. It’s also said that the movie may be based on the issue of thermal power plant. When a village is approached for constructing a thermal power plant, knowing the defects behind this the people of the village is opposing this. At last who succeeds is the rest story.

Dhanush and Trisha both are doing as politician in this film. The shoot of the movie was commenced at the start of this year. Now the movie is almost done, the release of the movie is expected after Thodari.