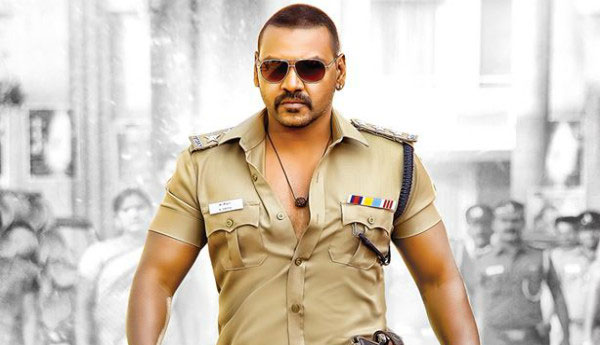 Motta Siva Ketta Siva is the upcoming movie of Raghava Lawrence, this is a remake of the Telugu hit Pataas. Nikki Galrani is doing the female lead in the film. Sai Ramani has directed and produced by R B Choudary’s Super Good Films. Amresh Ganesh, son of actress Jayachitra has done his debut music for the film.

Raghava Lawrence is playing the role of a police officer for the first time in this movie. Actor Sathyaraj has done an important role in this film. It’s also said that most of the cast including Sathyaraj, Ashutosh Rana, Vamsi Krishna, Jayaprakash, Sathish, Sriman, Kovai Sarala, Devadarshini, Manobala, Ashwin Raja and Raai Laxmi have performed in a Kuthu song. The shoot of the movie is almost done and it’s expected to be released in August.