First look of Simbu’s Eeswaran movie is out

Simbu’s new movie, written and directed by Suseenthiran, is named, ‘Eeswaran’ and the First look Motion picture of the movie is released on the media on Sunday. The movie is announced to be released on theatres during the coming Pongal festival.

One thing special is that the movie is being released in five languages at a time, as twitted by Simbu, along with the 5 different posters for Tamil, Telugu, Malayalam, Kannada and Hindi. Simbu looks slim and smart and it is said that he has shed more than 20 Kgs for this movie. 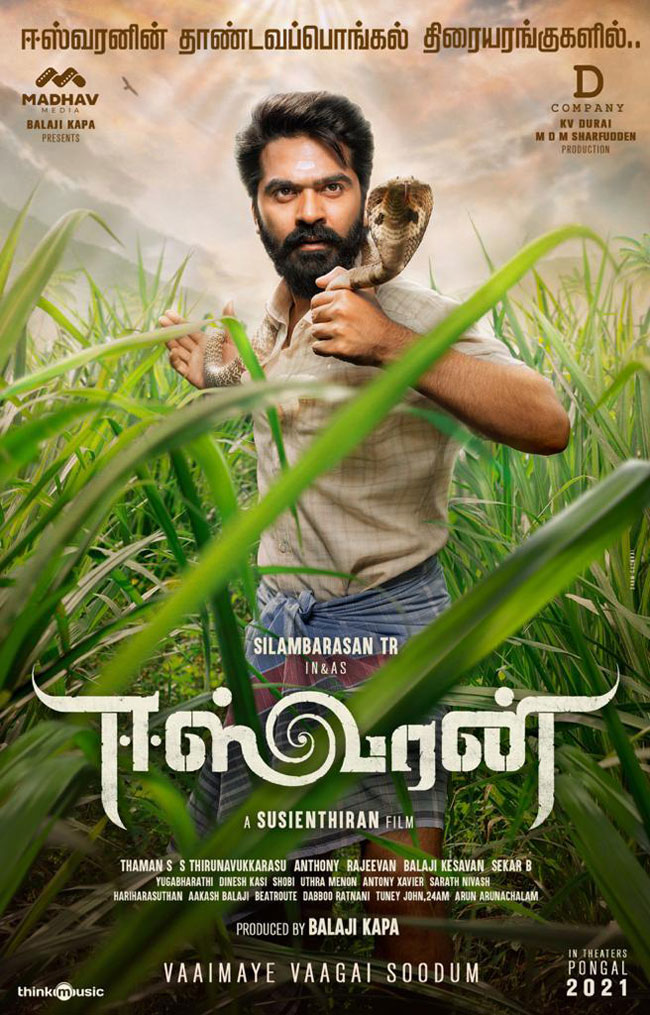 Niddhi Aggerwal is playing the female lead and Nandita Swetha has joined as younger sister of Simbu. Veteran Director Bharathiraja is doing a pivoted role and the film is produced by Madhav Media. The shoot is going on in full speed in Madurai and Dindugal.

Simbu didn’t have a smooth sailing for past few years due to many controversies and was out of Social media nearly three years. Now he has reactivated his Twitter and face book with the transformed look. Also another project of Simbu with Venkat Prabhu, ‘Maanaadu’ is going to be on floors soon, about which it was announced earlier that Simbu was almost dropped off.

A great Comeback it seems.