Ajith joins the ‘Valimai’ shoot – the team on fire 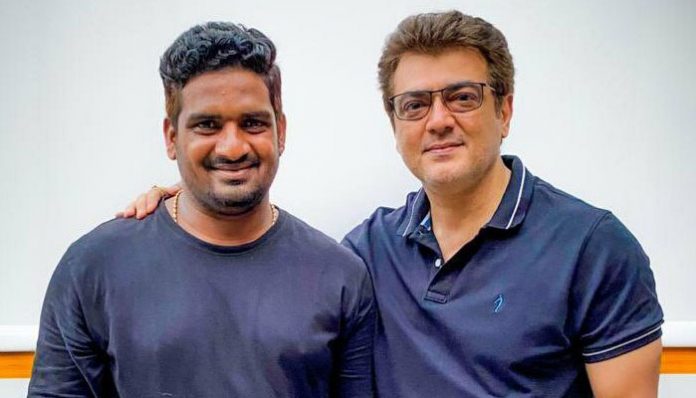 Thala Ajith’s next action thriller, written and directed by H Vinoth and produced by Boney Kapoor, is ‘Valimai’. This is the next venture of the Team after the grant success of ‘Nerkonda Paarvai’, released in July last year. Huma Qureshi is doing the female lead, supported by Karthikeya Gummakonda, Pavel Navageethan, Yogi Babu and many others.

Ajith’s favorite Composer Yuvan Shankar Raja is scoring the music of the movie, Cinematography by Nirav Shah and editing is by Vijay Velukutty. As like the other films, the shoot of the movie which started in December last year, got suspended and delayed due to the pandemic.

The shoot is resumed in September and going in full swing, despite some hurdles in getting permission for some shorts planned in Delhi. It is said that the Car Racer Ajith drove himself to Hyderabad to take part in the filming there, in the Ramoji Rao Studio.

Ajith is doing the role of a Police Inspector in ‘Valimai’ and it is said that the movie was proposed by the Producer to use Ajith’s passion for speed. The team is on war foot to complete the project at the earliest possible.

In the line of ‘Veeram’, ‘Vivegam’ and ‘Viswasam’, another ‘V’, ‘Valimai’ which will show the Strength of the Team.