Exciting details of SAC as the Chief Minister! 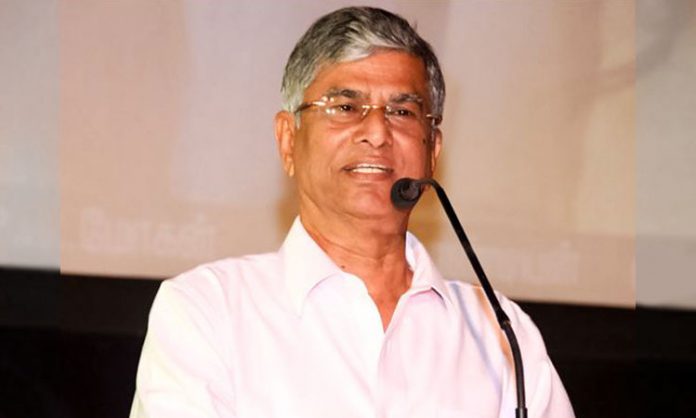 Veteran director SA Chandrasekhar was called as ‘Revolutionary Director’, in the eighties, for the themes of his movies that time. Since then, he continued to be in the news, but not hitting the headlines, as in the last one month.

And the most controversial move was his registering the fans club of Vijay in to a new political party for the betterment of the fans, he claims. When Vijay denied his concern in the move, advising his fans to keep away from that and warned anyone who misuses his name and fans, SA Chandrasekhar said that Vijay is in the grip of a toxic group, misguiding him.

The veteran director is presently at Pondicherry, in the sets of ‘Maanaadu’, starring Simbu and Kalyani Priyadarshan , directed by Venkat Prabhu. SAC is playing an important role in the movie along with Bharathiraja, SJ Suryah, and Premgi Amaran.

SA Chandrasekhar is playing the Chief Minister role in the political film and his scenes are shot with hundreds of party workers around him.

The coincidence is commented widely as a good omen, right after SAC started his new political party.

Good or bad, God only knows.