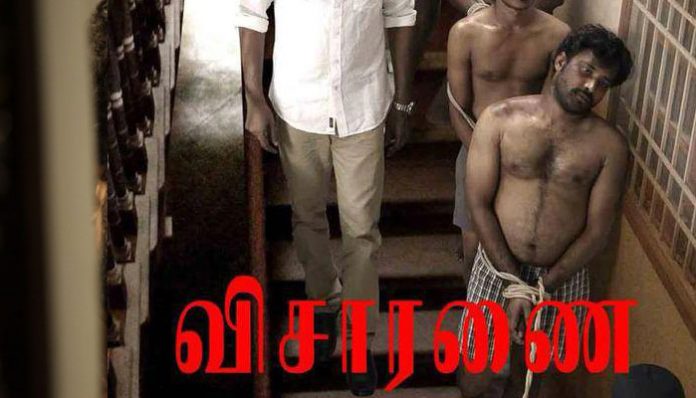 The movie ‘Visaranai’, a crime thriller directed by Vetrimaaran and produced by Dhanush is to stand for India in Oscar Academy Awards for the category of Best Foreign Language Film.

Visaranai movie is about four downtrodden labors sentenced for an undone crime thus they become victims of corruption and ill treatment of police. This movie was inspired from a novel Lock Up, written by M Chandrakumar, an auto driver. The movie has Dinesh, Anandhi, Aadukalam Murugadoss and Samuthirakani in the lead roles. The movie was released on February and was greatly appreciated by both critics and audience.

This movie has bagged three National Awards for Best Featured Film, Kishore was awarded for Best Editing and Samuthirakani was awarded as Best Supporting Actor. Now this Visaranai has been selected for the official entry of India for the category of Best Foreign Language Film for the forthcoming Oscar Awards. The producer Dhanush and Director Vetrimaaran have expressed their extreme happiness on this. Hope Visaranai gets recognized with Oscar.