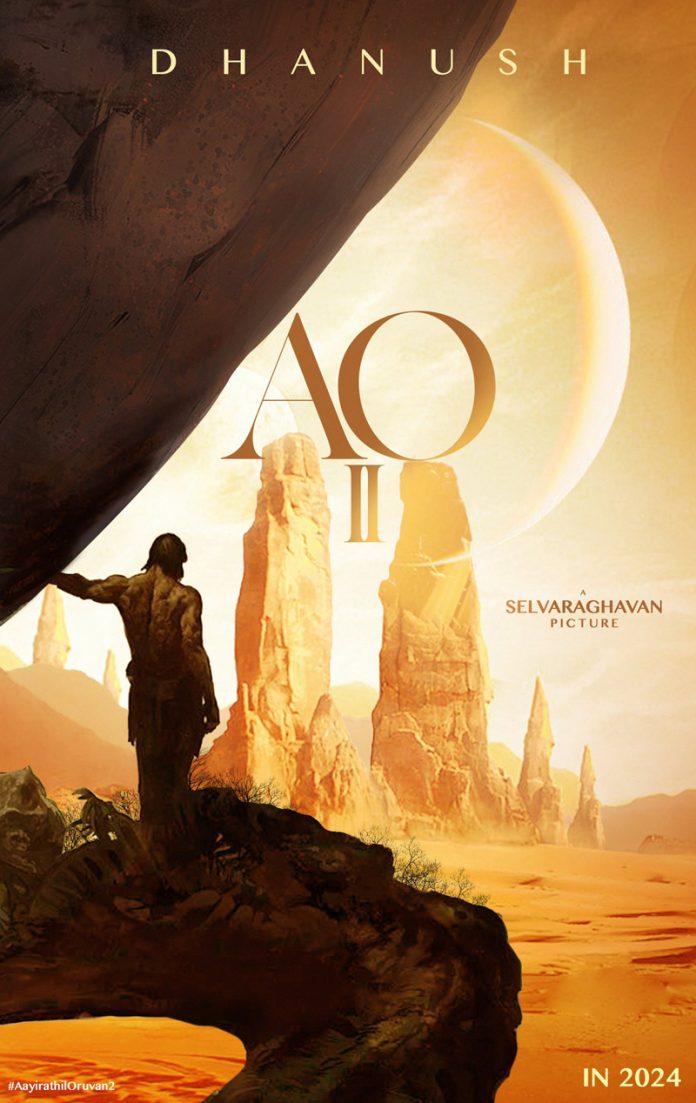 ‘Aayirathil Oruvan’, written and directed by Selvaraghavan, released in 2010, received mixed reviews and was not successful at the box office. Karthi, Reema Sen and Andrea Jeremiah played the lead roles of the movie, along with R Parthiban in a pivot role.

The action adventure film was about three youngsters, set out to search for a missing archaeologist and has some inspirations of the historic events of the Cholas and Pandyas. The grand production with a budget of more than 30 crores, was shot in various locations in Kerala, Rajasthan and in the Ramoji Film City, Hyderabad.

And the sequel of the movie is announced by director Selvaraghavan, on the New Year day, along with releasing the first look poster of ‘Aayirathil Oruvan 2’. Regarding the movie, Selvaraghavan has tweeted, with the poster, that here is the long awaited movie, for the beloved fans. And sharing the tweet with his brother, Dhanush has stated that this is the dream picture of Selva and only the preparatory works of the movie need a year.

The expensive movie is expected to hit the screens in 2024.