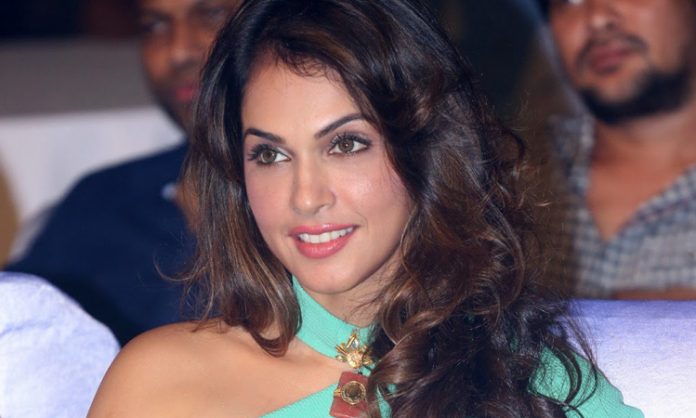 Isha Koppikar is an Indian actress, model and politician, who acted in nearly 50 movies including 4 Tamil movies. She became popular in Tamil for ‘En Swasa Kaatre’, with Arvind Swamy in 1999. Her last appearance in Tamil was ‘Narasimha’ with Vijayakanth in 2001.

After a round of nearly 35 movies, mainly in Hindi, Isha is appearing again in a Tamil movie, ‘Ayalaan’, which started rolling almost a year back.

The film is said to be an alien invasion comedy and is made on a big budget and AR Rahman is scoring the music. Sivakarthikeyan and Rakul Preet Singh are playing the lead roles with Isha Koppikar, Sharad Kelkar, Bhanupriya, Yogi Babu and Karunakaran playing key roles.

The filming of the final schedules of the movie started last month end and Isha Koppikar and Sharad Kelkar have joined back during the first week of this month. The Bollywood actors, after arriving Chennai on 6th, have expressed their happiness of arriving Chennai with their journey details, in their twitter pages.

Isha has posted a snap of her taking part in the shoots and has given an update of the movie also. It is noteworthy that Isha is appearing in Tamil after almost two decades.