CS Amudhan joins with Vijay Antony for a crime thriller 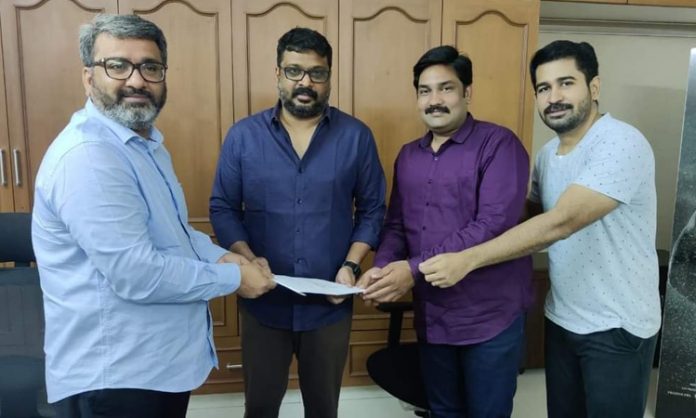 After entertaining the Tamil audience with his spoof films ‘Thamizh Padam’ and its sequel, director CS Amudhan is gearing up for a crime thriller. And he is joining with Vijay Antony, who is going to play the lead role of the movie.

The director says that he and Vijay Antony are college mates and they had been planning long for working together in a movie.

Amudhan, after making the script ready for his next movie, had found none other than Vijay Antony can fit the lead role of the movie. And Vijay Antony had agreed for the movie without even hearing the script, the director says. Though his previous movies were comedy based, Amudhan says, thriller is his favorite genre.

Also Amudhan says that this movie will be a pure thriller on the mysteries about a murder and it is sure that Vijay Antony is not playing a cop in the movie. The crew of his earlier movies is said to be retained and the cast selection is on.

The movie will be of a big budget, produced by Dhananjayan and expected to roll on in September this year. Amudhan also added that the title, which is expected to be decent and mild, would be announced soon.