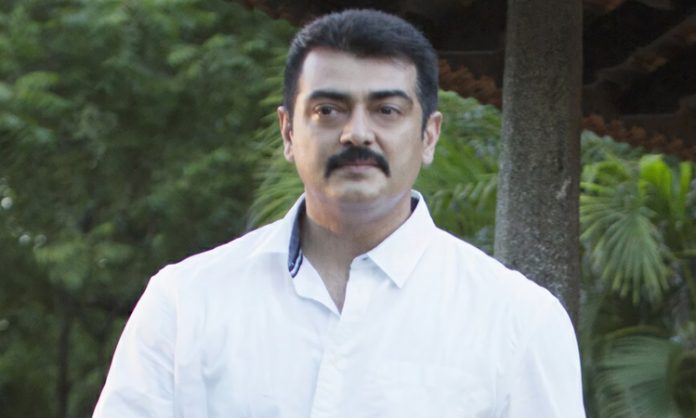 ‘Valimai’ is the upcoming action thriller of Ajith, produced by Boney Kapoor and directed by H Vinoth. Yuvan Shankar Raja is composing the songs and scoring the background music and Nirav Shah is the cinematographer of the movie.

The movie started rolling from December 2019 and completed all the schedules planned in the homeland. It is left with few action sequences to be shot in Spain and the team was getting ready for the move since one month.

In the mean time the fans were insisting on updates of the movie and few miscreants started humiliating the team. With the hope of completing the film soon, the producer had announced the first look would be on May 1st and followed by continuous updates.

But the team is in fix now as they are denied permission for Shoots abroad, due to the fast spreading of the pandemic worldwide.

It was considered long back to film the left over scenes in Rajasthan and to wrap the shoots once for all. But Ajith, with the director, was aiming perfection, and opted to wait till the pandemic subsides.

Ultimately the completing of ‘Valimai’ is getting delayed further and the release may get postponed to Deepawali, it is said.