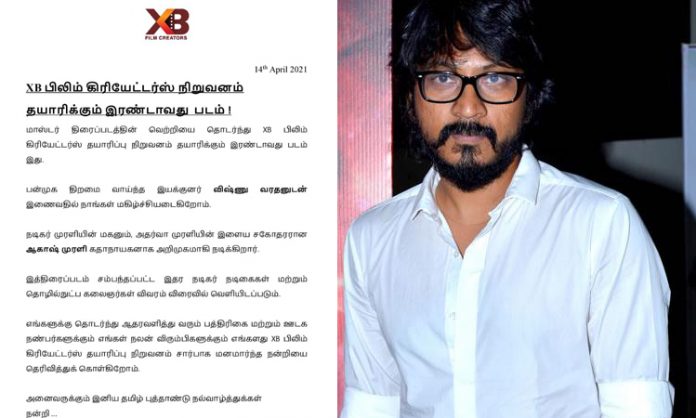 There was news in the third week of February that Akash Murali is debuting as an actor in the direction of Vishnuvardhan, who directed Ajith’s ‘Billa’ in 2007.

Akash is the younger brother of Atharva, who bagged the 2013 Film fare Award for the best actor, for his performance in Bala’s ‘Paradesi’. The siblings are the children of the late actor Murali and the grand children of the popular Kannada director Siddalingaiah.

Atharva has started his acting carrier in 2010 and is an established actor in the Tamil film field. And his younger brother Akash was married last year to Sneha, who is the daughter of the film producer Xavier Britto. The owner of the ‘XB Film Creators’, who produced many big budget movies, recently bankrolled Vijay’s blockbuster, ‘Master’. 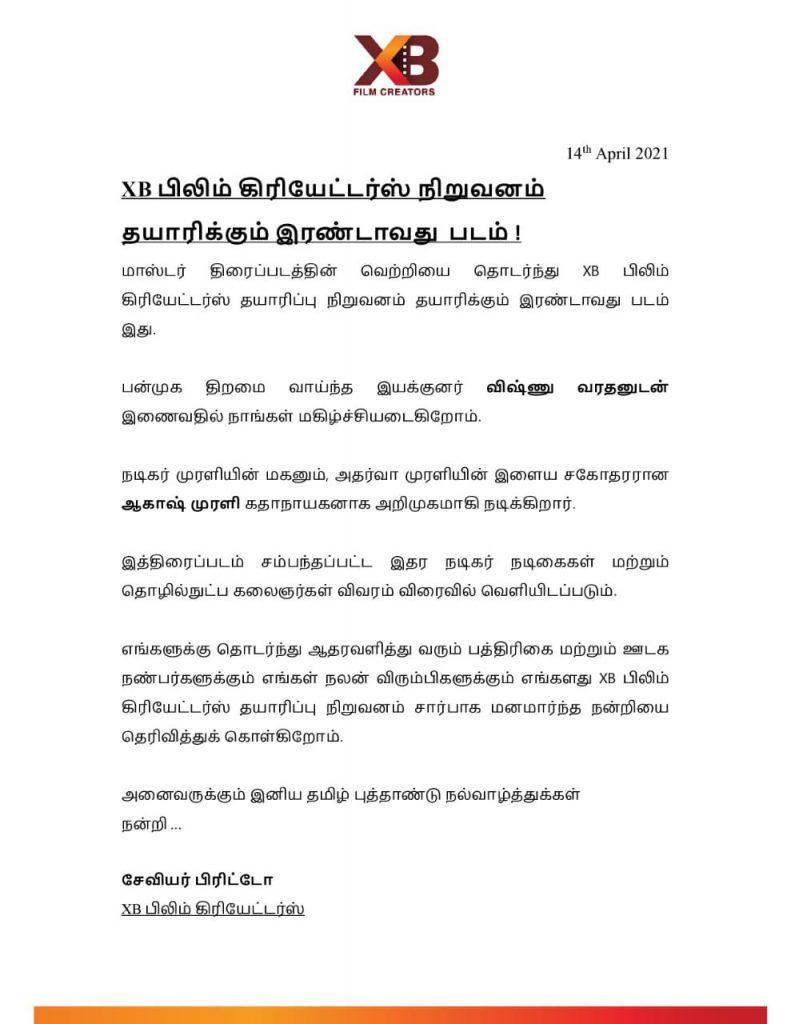 Xavier Britto’s next production venture is said to be the debut movie of his son in law, directed by Vishnuvardhan. It is also said that, the preparatory works, with the cast and crew selection, of the movie have started already.