The Central Board of Film Certification has cleared the Tamil film, ‘Adangathey’, directed by Shanmugam Muthusamy, with a U/A certificate, after numerous cuts.

‘Adangathey’ is an action thriller starring GV Prakash Kumar and Surabhi in the lead roles along with Sarath Kumar, Thambi Ramaiah, Yogi Babu and Mandira Bedi in key supporting roles. The music is contributed by GV Prakash and Ravi Yadav is the cinematographer, while the movie is edited by Shivanandeeswaran. 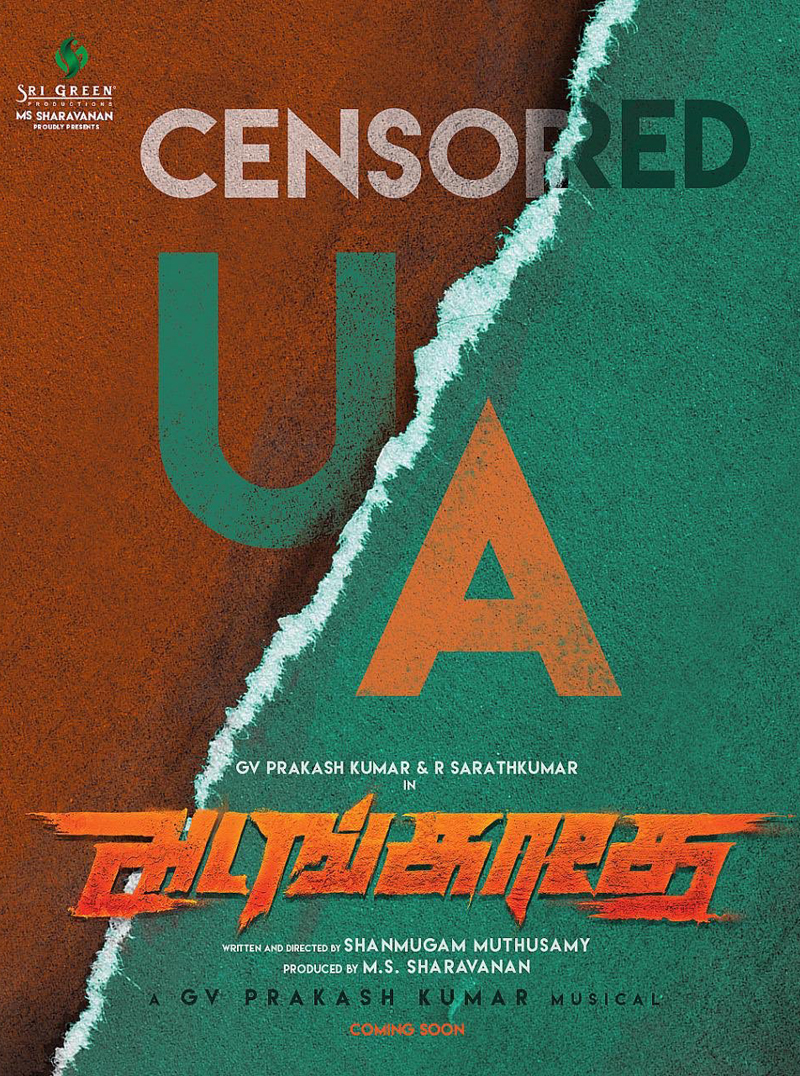 MS Sravanan under the banner ‘Sri Green Productions, started the productions in mid 2016 and the trailer of the movie was released by 2019 August. The filming was completed long back and the post production works were delayed due to some financial constraints. And the release of the movie got postponed multiple times.

At this situation, the censor certificate of the movie is obtained now, after removing many scenes.

And regarding this, the director Shanmugam Muthusamy has stated in his Face Book entry, that he is very much particular not to bow for anything, other than love. He had to fight for 5 years continuously and is very thankful to all those who supported him.

And he has told very clearly that the movie, after crossing all hurdles, will be on the big screen, very soon.