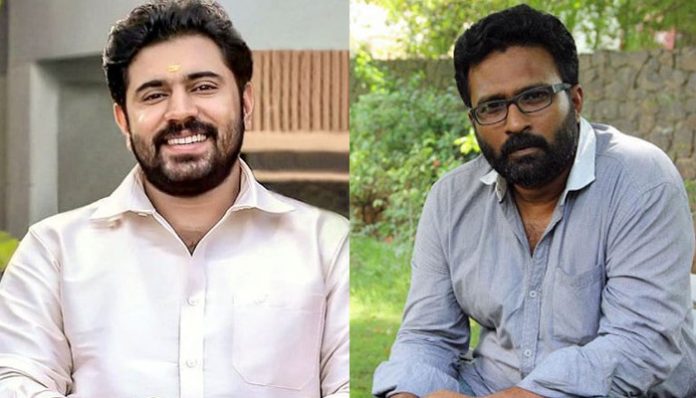 Director Ram, who had worked with directors Rajkumar Santhoshi and Balu Mahendra, has directed 4 movies so far and all are of classic nature. His second directorial, ‘Thanga Meengal’, won three National Film Awards, and the other three also won various awards and nominations.

‘Peranbu’, the movie he directed last starred Mammootty, and won the Ananda Vikatan Cinema Award for the Best Film, and the ZEE Cine Awards Tamil, for the Best Story. And it is said that the director is joining with Nivin Pauly in a bilingual movie.

The Malayalam actor Nivin Pauly, after the great success of his 2015 ‘Premam’, gathered a prominent fan base in Tamil. After that he did a couple of movies in Tamil and again started concentrating in his mother tongue. Still his popularity in Kollywood is at the high and the director has chosen him to lead in his new movie which is going to be produced in Tamil and Malayalam simultaneously.

Last few years are not that favorable to the talented actor, and it is believed that the Ram’s movie will be a strong come back to Nivin Pauly in both the languages. Official announcements on the movie are expected soon.