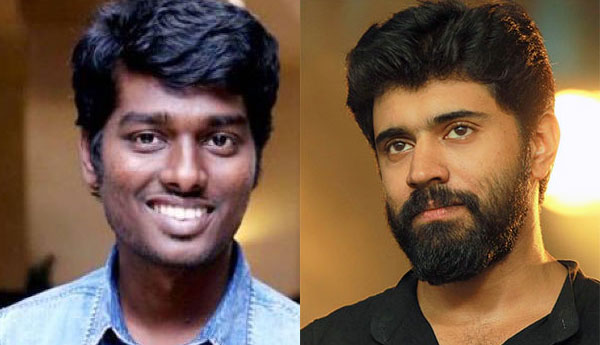 Director Atlee, who has given two hit movies, has taken another transformation as a producer.

Atlee was the assistant director of Shankar for the films ‘Enthiran’ and ‘Nanban’.  Then he gave his debutant movie ‘Raja Rani’, which was a super hit. Next to that he directed ‘Theri’ with Vijay, which is also a block buster hit and still running in theaters.

Now he has jumped into production, currently he is producing the movie ‘Sangili Pungili Kathava Thera’, under his  production banner “A for Apple”. Jeeva, Sri Divya, Soori and Radhika are the cast of this movie. And its directed by the debutant Hari, who worked as an assistant director for Kamal Haasan.

Next to this he is to produce a movie with the Malayalam star actor Nivin Pauly, whose debut movie in Tamil was ‘Neram’ with Nazriya. Also his last year’s release ‘Premam’ was a huge hit, not only in Malayalam but also in Tamil.

News also says that, now Nivin Pauly is busy with many projects so there may be some delay. Also discussions are going for deciding the rest of the cast.