Who is going to pair up with Ajith in ‘Thala 57’ 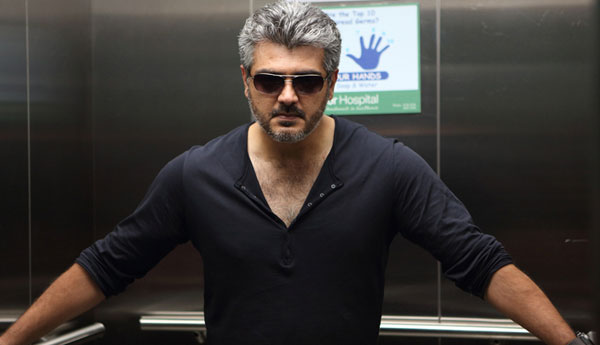 The upcoming movie of Ajith is going to be an action thriller in the style of ‘Billa’ and ‘Aarambam’. The crew of the movie is almost confirmed. Director Siruthai Siva is again joining with Ajith, after ‘Veeram’ and ‘Vedalam’.

Thala 57 will be a two heroine subject. Sathiya Jothi films is producing the movie. Vetri is doing cinematography and Milan is doing art direction. Anirudh will be scoring the music.

It was said that Kriti Sanon will be playing the female lead role, but reliable sources says that no heroine is confirmed for the lead role. And discussions are going on with the lead heroins Trisha, Nayanthara and Anushka.

Also it was announced that the filming of Thala 57 will start in the month of June. And most of the film’s shoot will be in foreign. Since the filming is to start shortly, the expectations about the heroine to pair up with Ajith in his 57th movie, has increased among his fans.