Atlee brings in his first heroin into Vijay 61 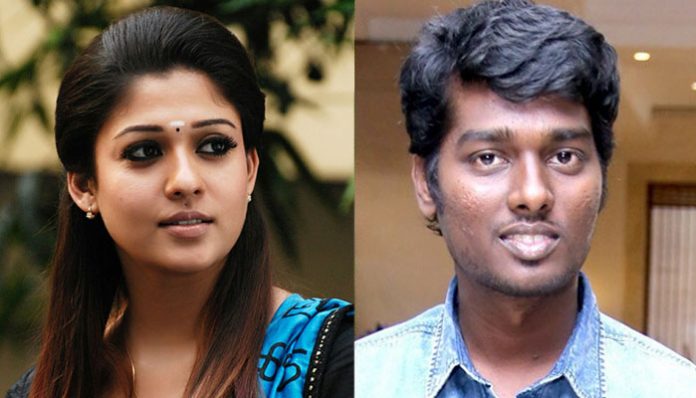 Vijay’s next movie Bairavaa is nearing its end and will be released for the pongal 2017. In this condition the talks about his next flick are rounding the Kollywood. As we already reported this upcoming flick of Vijay after Bairavaa will be directed by Atlee, who directed his Theri which was a blockbuster hit.

At first there was a buzz that Kajal Aggarwal will pair up with Vijay for this flick, but now we learn that Nayanthara, the lady superstar is on talks for the female lead of Vijay 61. But it’s a doubt that whether the actress will have enough dates for this movie, as she is currently committed in multiple projects Dora, Imaikkaa Nodigal with Atharva and an untitled project of Minjur Gopi.

Previously Nayanthara has paired with Vijay for the movie Villu in 2009, in which both shared a good chemistry. If the actress gave a nod for Vijay 61, then it will be a combination of the lady superstar Nayanthara, Ilayathalapathy Vijay and the young and promising director Atlee. In Atlee’s direction Nayanthara had the hit Raja Rani and for Vijay it was Theri. Hope, the official announcement about this movie will be revealed soon.