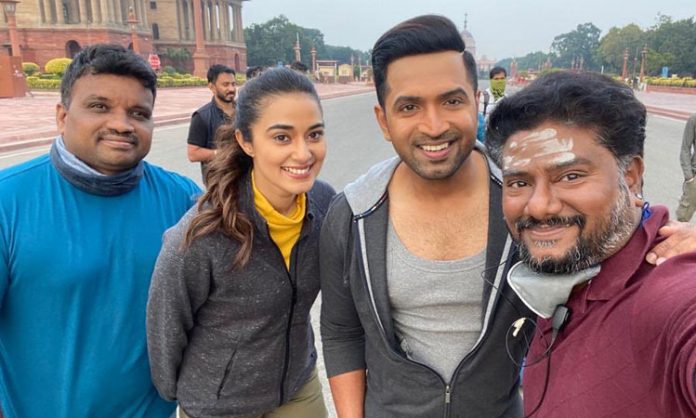 The movie is produced by Vijay Raghavendra, whereas Sam CS, B Rajasekar and Sabu Joseph are handling the music, cinematography and editing respectively. Regina Cassandra is doing the lead female role with Stefy Patel and Bhagavathi Perumal in important roles.

Arun Vijay, who started his film carrier in 1995, had a breakthrough in 2001 in ‘Pandavar Bhoomi’, written and directed by Cheran. His negative role against Ajith in Gautham Menon’s ‘Yennai Arindhaal’, released in 2015, earned him 3 awards for the Best Antagonist. And the 2017 released, ‘Kuttram 23’, written and directed by Arivazhagan, was the most successful movie of Arun Vijay, praised by critics along with big personalities of the Industry.

The hit pair has joined hands once again in ‘A V 31’ and the directed is excited to have restarted the filming, after a long gap. This is said to be the last schedule of the movie and the complete shooting is expected to be completed by the end of this year.