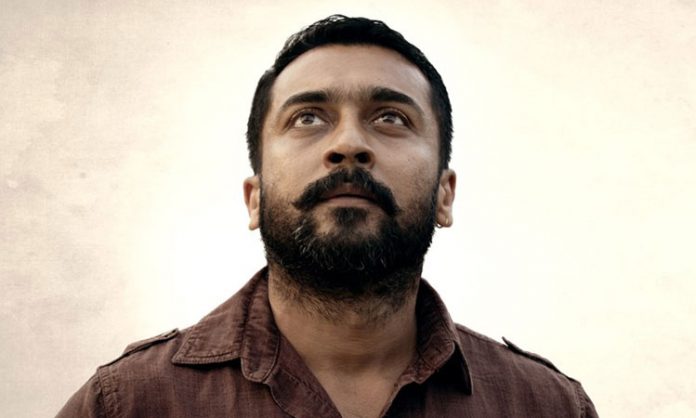 The recent movie of Suriya, ‘Soorarai Pottru’, written and directed by Sudha Kongara was released on the Amazon Prime just before Deepavali. The movie topped the list of the most watched films on OTT.

The movie, about a youngster dreaming on an airline at an affordable cost to the common men, was appreciated by the audience as well as all the critics. Also the movie was appreciated by most of the celebrities, since the release. The extraordinary performance of Suriya, blossoming Bommi, the emotional mother Urvashi, the splendid work of the complete technical crew, especially the Composer and the perfect crafting by Sudha Kongara, all combined together to make the movie a laudable one.

Among the movie names, used in Twitter during this year, #SooraraiPottru is the second to #DilBechara, which is in the first place. And ‘Soorarai Poottru’ is the only South Indian movie in the top ten lists of the Google search trend, and that too in the second place.

This is recognition of the team’s hard work and we can hope it will reach the first place soon.  The team is said to be very happy of the achievement.