Another multistarrer movie from Arya and Vishal 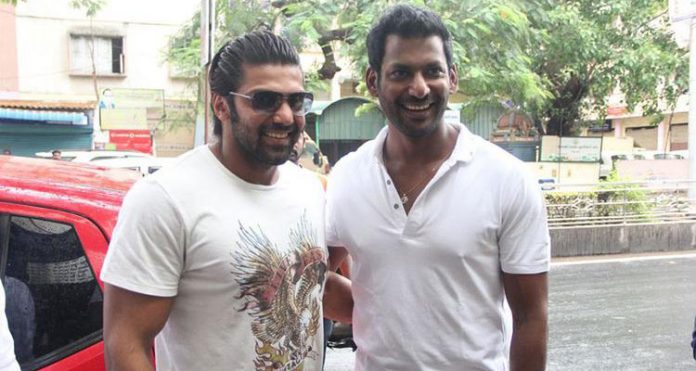 Nine years before, the thick friends Arya and Vishal appeared together on screen for the movie ‘Avan Ivan’. This comedy drama flick was a commercially hit and critically acclaimed, it was written and directed by Bala. The movie was about the relationship between two playful half brothers and was shot in the backdrops of Theni.

Now, Arya and Vishal are joining hands in the new movie produced by Mini Studios. The film will be directed by ‘Iru Mugan’ fame Anand Shankar. The camera will be handled by the Ace cinematographer RD Rajashekar.

The making of the movie has started with a pooja in the Ramoji Film Industry, Hyderabad. The movie is to be made in multiple languages. Further information about the cast and crew is expected to be announced soon.