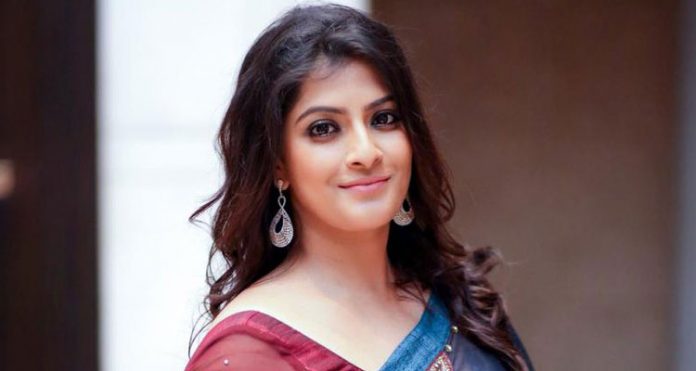 Actress Varalakshmi Sarathkumar is a bold and promising actress of South India, who had won the Vijay Award for the Best Debut Actress and the Edison Award for the same for her first film, ‘Podaa Podi’, directed by Vignesh Shivan.

She acted in many movies in all the four South Indian languages, boldly accepting whatever characters she got, including negative roles. In the nearly 20 movies she acted, she has won 12 Awards including the 5 awards she won for her negative roles in ‘Sarkar’ and ‘Sandakkozhi 2’.

Now the talented and bold actress is taking the new role of Director, with the Sri Thenandal Films ‘Kannamoochi’ in which she is also going to act in a lead role. And the more special thing to say is that the First look poster of the movie is posted at a time, in social media, by 50 women celebrities, from different fields and have wished Varalakshmi for success.