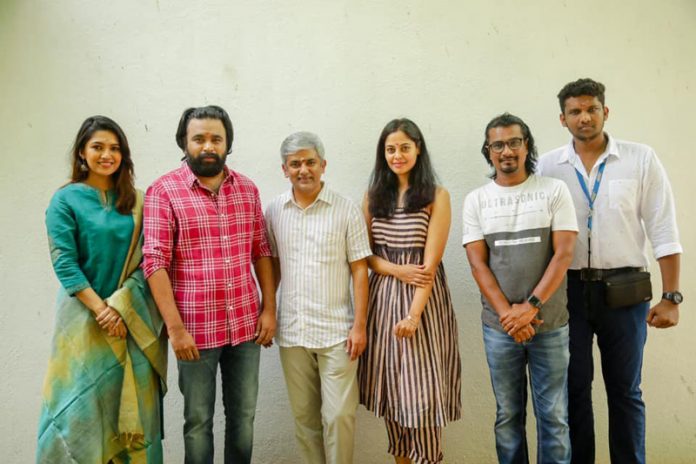 The new film starring director Sasikumar started with the auspicious Pooja on 14th of last month. The movie is named, ‘Pagaivanukku Arulvai’ and is directed by Anis, who gave the hit film, Thirumanam Enum Nikkah’ in 2014.

This is the second film of Anis and it is said that Sasikumar agreed for the film, no sooner he heard the story from Anis. The movie is produced by the ‘4 Monkeys Studio’ and Bindu Madhavi and Vani Bhojan are playing the female leads.

Nassar, Jeyaprakash and Sathish are also playing key roles of the movie. Ghibran is scoring the music and Karthik K Thillai is the cinematographer. The movie is getting edited by Kasi Viswanathan.

The story of the movie seems to be based on the famous play ‘Macbeth’ of William Shakespeare.

The shooting of the movie commenced along with the Pooja and it is expected to be completed within two or three months.