HomeNewsAnand L Rai, carried away by Dhanush and Mari Selvaraj in ‘Karnan’
News

Anand L Rai, carried away by Dhanush and Mari Selvaraj in ‘Karnan’ 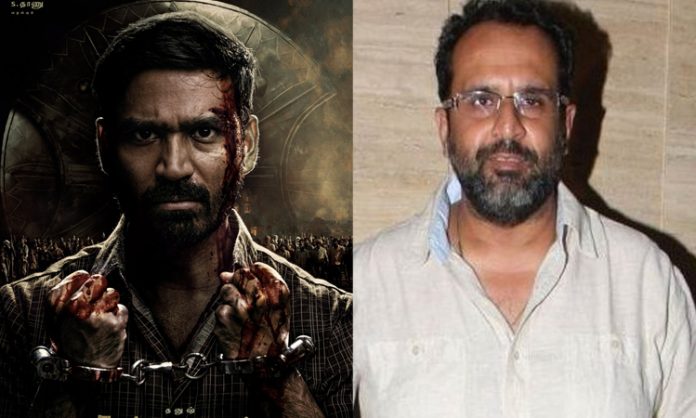 Anand L Rai, the Bollywood film maker, has appreciated Dhanush and Mari Selvaraj for their great work in ‘Karnan’, released in April this year.

Dhanush’s Hindi debut, the romantic drama, ‘Raanjhanaa’ was coproduced and directed by Anand L Rai and was released in June 2013. Dhanush’s performance was praised by many critics and the film won him the Filmfare Award for Best Debut (Male).  Also he won the ETC Bollywood Business Award for Highest Grossing Debut (Male), as the film grossed 94 crore against a budget of 36 crore.

And Dhanush joined hands with the director for ‘Atrangi Re’, alongside Sara Ali Khan and Akshay Kumar, which is in its post production and releasing in August, this year.

Anand L Rai, who has seen Dhanush’s latest release ‘Karnan’, is just carried away by the stunning performance of the actor and Mari Selvaraj’s directing skills. And the Bollywood film maker has tweeted regarding this that it is an outstanding and brilliant performance by Dhanush and Mari Selvaraj. He praised Mari Selvaraj for his perfection in portraying his thoughts, which deserves definitely a bow. And he wonders Dhanush, whom he thought was only an actor, is really a magician on screen.