Magnificent set at the cost of 2 crore, for Karthi’s new movie 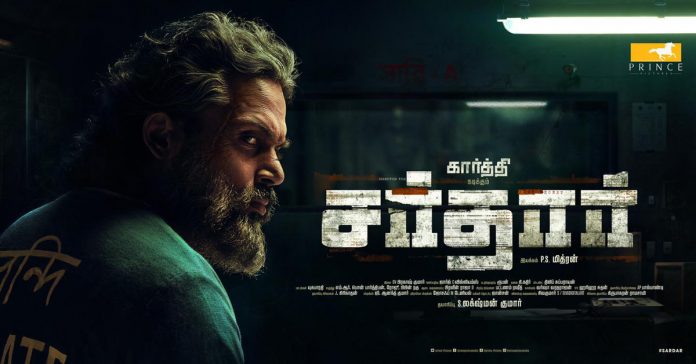 After ‘Sulthan’ with Bakkiyaraj Kannan, Karthi has joined with director PS Mithran, in a new movie titled ‘Sardar’. The title and the motion poster of the movie touted to be an action entertainer were unveiled on 25t April. Raashi Khanna and Rajisha Vijayan are playing prominent roles and GV Prakash Kumar is the music director of the movie. George C Williams is handling the camera and the editing is done by Ruben.

‘Sardar’ is produced in a big budget by ‘Prince Pictures’ and a magnificent set at a cost of Rs. 2 Crores, was created at Chennai. Some important scenes, involving Karthi, Rajisha and Raashi, were planned to be shot here. And the set was made in a manner to accommodate large number of people, as demanded by the scenes.

As the pandemic is spreading at its peak now, it is not advisable to shoot scenes with more number of people at present. Hence the team has stopped the shoots at the set and started concentrating on other scenes, involving less number of people, at a time.