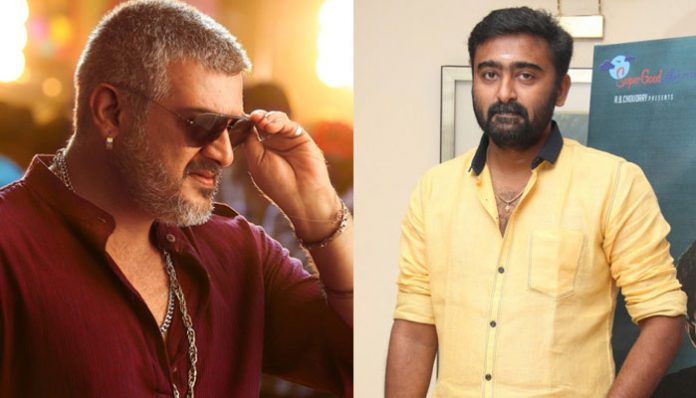 The last deepavali release of Ajith ‘Vedalam’ was a blockbuster hit. This movie had Ajith, Shruti Haasan and Lakshmi Menon in the lead roles. In Siva’s direction it was produced by Shri Raam Creations of A M Rathnam.

Now this big hit of Ajith is to be remade in Telugu which will be produced by the same production house of Vedalam. The interesting fact in this is, the movie is to be directed by R T Nesan, who directed Vijay’s Jilla. R T Nesan was the former assistant director of M Raja in Velayutham.

This remake of Vedalam will have the Telugu Power Star Pawan Kalyan.  The actor has requested to the director to make the required changes to the plot, as he feels the plot of Vedalam will not suit his style of acting. Recently the movie was launched with a poojai. The shoot will be started after the entire team is confirmed.