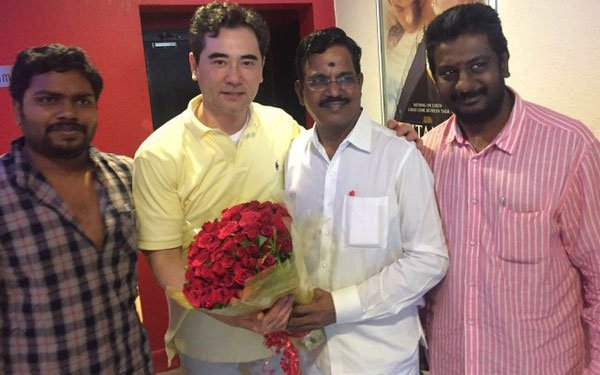 Actor Winston Chao from Taiwan, doing the lead villian role in super star’s Kabali, is now at Chennai for dubbing work of the movie.

He has said in an interview that he thought, in India there is only Hindi film industry. Later on he came to know that Tamil and Telugu film industries are equally bigger. But he didn’t get enough oppourtunity to learn the language and he finds it difficult to do the dubbing.

When asked about some interesting dialogs of the movie, he said that when he asks Rajini to go home for one last time and spent time with his family and come back, the reply of Rajini will get great aplause in the theater. He also added that Rajini is a very swet person and he had learnt a lot from him as an actor.