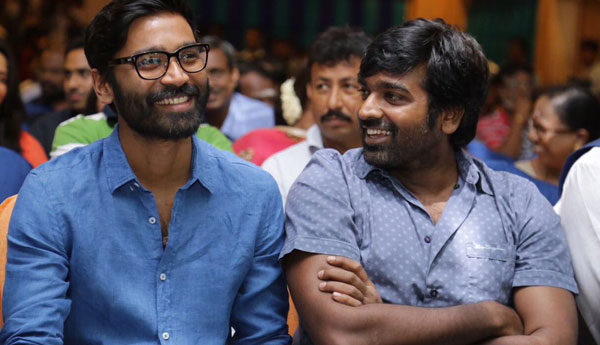 Vada Chennai the dream venture of the National Award winning director Vetrimaaran has launched a month back. Dhanush and Amala Paul are laying the lead roles. Andrea is also having an important role in this movie.

The movie is produced by the Lyca Productions, Santhosh Narayanan is scoring the music and cinematography handled by Velraj. The director is being very selective in choosing the cast and crew. Some of the fine artist like Samuthirakani, Kishore, Daniel Balaji and Karunas are playing the supporting roles.

And now some sources says that Vijay Sethupathi will be playing the villain against Dhanush for this movie, previously he has done the lead in ‘Naanum Rowdy Thaan’ under Dhanush’s productions also he has done as villain in the movie Sundarapandian.