Prasanna or Arvind Swamy to play Villian in Thala 57 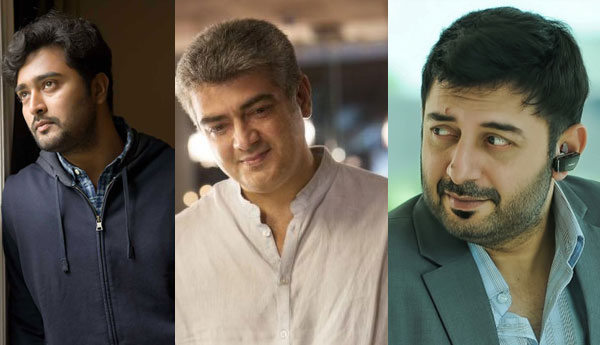 Thala 57 the next of Ajith is in the preproduction state, the team is discussing on the cast of the movie. Till date it’s confirmed that Siruthai Siva will be directing the movie and this will be his third venture with Ajith, Sathya Jyothi Films will produce and Anirudh is scoring the music.

Kajal Agarwal or Anushka will be playing the female lead and Karunakaran will take care of comedy. Now it’s said that either Prasanna or Arvind Swamy will play the villain which has sketched as a very strong role. It’s worth reminding that Arun Vijay who played villain in Yennai Arinthal of Ajith has got good fame.