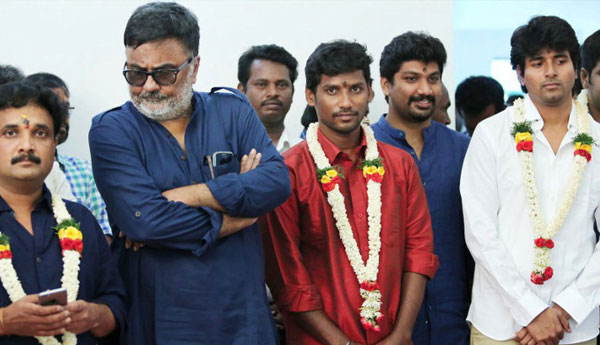 Sivakarthikeyan‘s next movie ‘Remo‘ is directed by Bagyraj Kannan, who was assistant director of Atlee. T R Raja’s 24AM studios are producing the movie. Keerthy Suresh is paring with Sivakarthikeyan once again after ‘Rajini Murugan’.

Cinematography by P C Sriram, art direction by Muthuraj, sound engineering by Resul Pookutty and music by Anirudh. And makeup by hollywood makeup man Sean Foot. As such great artists are involved in this movie, an expectation about the movie has increased.

Interesting thing is that director Vignesh Shivan has penned the lyrics for the title track. There is no surprise in this, because Vignesh Shivan has already written few songs in Anirudh’s music, and most of them were hit numbers like, ‘Adhaaru Adhaaru’, ‘Thangame’ and ‘Yennai Maatrum Kadhale’. But Vignesh Shivan has written songs for Sivakarthikeyan first time. And this song is going to add effect to the title Remo.