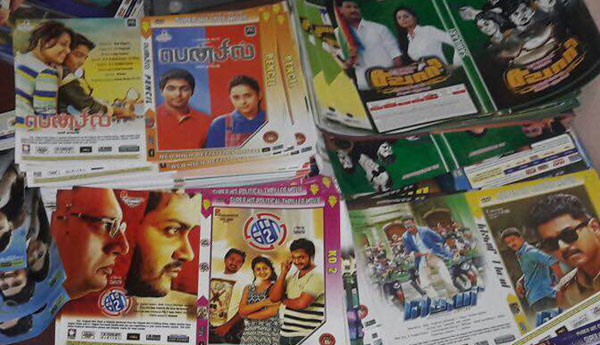 Vishal has filed a complaint to Jeyalekshmi IPS of anti-piracy special force, and immediately a team arrived to that place and has ceased one lakh DVDs and computers of worth 20 lakhs and handed over that to court.

Also the Action Committee members of South Indian Film Artists Association, headed by Ramana and Nandha has found out that a gang of 20 people doing piracy in a go down of Ramchand Lal Set above Indian Electricals shop near Old Bus Stand, Salem. Again a complaint was lodged and the place was raided by the Special Force and pirated VCDs were ceased.

Further the Action Committee members have found out another Piracy gang operating at Kichapalayam area, Salem. Vishal and his team are in full action in eradicating piracy.