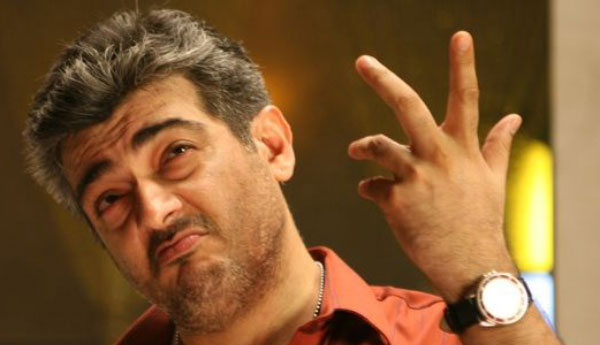 Ajith‘s 57th movie ‘Thala 57‘. There is no official news about this movie till now.

It is heard that Thala 57 is directed by Siruthai Shiva, this is the third movie Ajith and Siruthai Shiva are doing together. Anushka and Rithika Singh will be playing the female lead roles and Karunagaran is doing as comedian. Music is to be scored by Anirudh Ravichandran, who did music for Ajith’s previous movie ‘Vedalam’ also.

None of the above news is officially declared by the team. Last week the production company of the movie ‘Sathya Jothi Films’ was to give official updates about the movie in social media. Thala’s fans created a hash tag #thala57 and were waiting for this with all their expectations.

But due to some reasons the production team failed to update. This was a great disappointment to thala fans. The production team has apologized for their delay. It is to be noted that the same happened in their previous movie ‘Vedalam’ also.