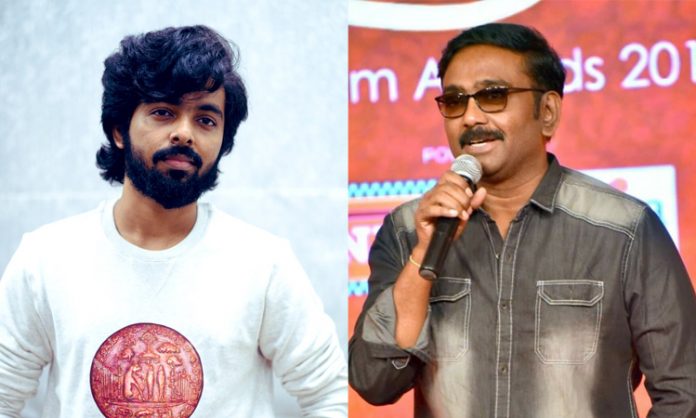 GV Prakash Kumar is joining again with director Vasanthabalan in the latter’s next movie as the music director for the movie.

GV Prakash, who debuted as music director in 2006, in Vasanthabalan’s movie ‘Veyil’, played the lead in the director’s recent movie, ‘Jail’, which is ready for release. Following that, the director has started the works for his next movie, which was on floors from Monday, 15th March.

The new movie stars Arjun Das and Dushara Vijayan in the lead roles and GV Prakash is joining again with Vasanthabalan, playing the music for the movie.

The director is happy to have GV Prakash again as the Music Director of his movie and has expressed his excitement in his tweet regarding this. Vasanthabalan has stated that, he had brought the 16 year old boy, GV Prakash, by holding his hands, to play music for his film and the boy has now emerged as a popular Music Director and a young leading actor in the industry. And he is very happy that GV Prakash has agreed to work for his movie.

The new movie is produced by Vasanthabalan, under his banner ‘Urban Boys Studios’, which he started along with some of his Schoolmates. Also it is noteworthy that Vasanthabalan had studied in the famous ‘Kshathriya Vidyalaya’ at Virudunagar, where the late TN Chief Minister and one of the greatest politicians, K Kamaraj studied.