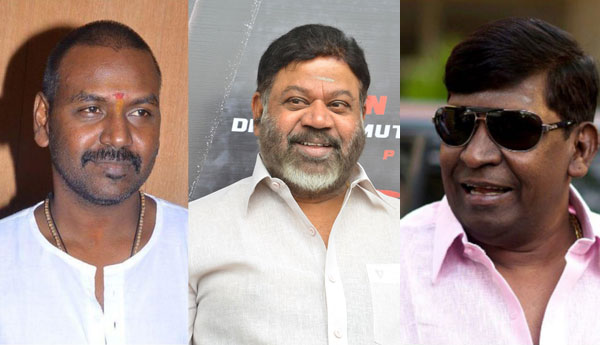 Actor Vadivelu is joining with director P Vasu after a long gap of 11 years from Chandramuki. And this increases the expectation because all moves in Videvelu and P Vasu combo has a very good comedy track.

Recently the director gave a super hit in Kannada. That movie was titled as “Shivalinga”. The cast also includes Shivakumar, Vedhika and Urvashi. And this movie went on successfully in theater for more than 100 days.

So the director has decided to remake the movie in Tamil which is directed by him. Raghava Lawrence, Vadivelu and Sakthivel, P Vasu’s son will be doing the lead roles. Thaaman is scoring music for this movie and ‘Trident Arts’ of Ravichandran is producing the movie.

The official start of the movie will be on July 14th and the filming will start by August 2nd week in Chennai. Also the movie is to be made in Bangalore, Mysore and Mumbai. And the movie is planned to be released for Pongal.