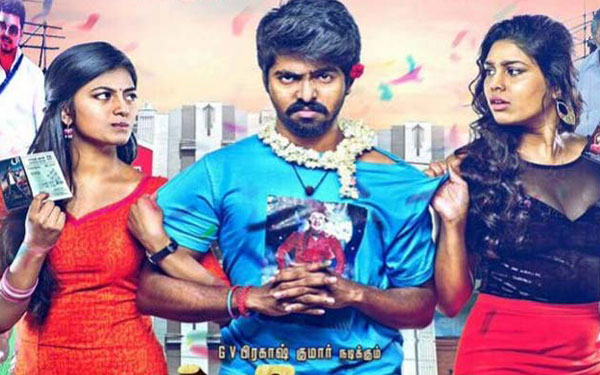 The musical star GV Prakash’s second movie as a hero is doing well at the box office. The movie is targeted at the youth audiences and have been pulling them correctly. The movie has been given with an ‘A’ testimony by the sensor board because of its adult contents and is bit uncomfortable to watch with a family.

So far the movie has collected a massive 10 crores in 4 days. The movies “49 O” and “Maya” which also got released along with Trisha illanna Nayanthara also doing well because of the different plots. “49 O” is a kind of social film featuring the veteran comedian Gauntamani after a long break and the other one is of the ghost category movie.